Catfish are some of the most popular fish in the United States. They weren’t always popular, though. There was once a time when people considered them disgusting bottom feeders, and they were essentially trash fish.

However, times have changed, and now you can see the most respected pros targeting monster flatheads or blue cats.

There are many different methods used to catch catfish, though. I’ve fished for catfish for about 21 years, and I’ve learned a few tricks that help me put more fish in my basket.

Don’t worry if you don’t have a boat. I fish for cats from the bank exclusively. It takes me back to my childhood in a rural community that didn’t have boat ramps or fancy fishing holes. These tips have proven to work for me every time, and I hope you enjoy them. 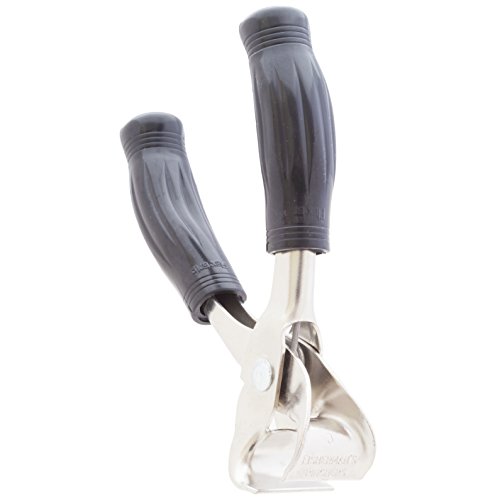 A “no-nonsense, no-frills but gets the job done right” pair of catfish skinning pliers.

Buy on Amazon
We earn a commission if you click this link and make a purchase at no additional cost to you.

9 Tips For Catching Catfish In A Lake From The Bank

It might be a little costly to switch between several live or dead baits, but sometimes it’s necessary.

Catfish in different areas are used to eating different baits. If you’re throwing preserved shiners in a lake that doesn’t have shiners, you’re not likely to get any bites. The catfish don’t know what that is, and they’re not going to mess with it.

Sometimes, you might want to start out with classic baits. Stink bait and chicken livers are good options, but when you move on to cut bait, I recommend bluegill.

Bluegill are in just about any North American pond, and the local catfish population likely sees them as food. I recommend slicing the head off, cutting the body into two large pieces, and saving the tail. If you do that, you have four pieces of useful bait for fishing.

Shiners, bullhead catfish, and other small bait fish are great baits, too. If you’re not certain about what lives in your local waters, you might want to switch between a few different types of bait. If none of them work, switch to a light rod, and catch whatever you can to use as bait. Whatever small fish you catch is likely to be the local cuisine for catfish.

It’s a common misconception that you need to just sit and wait for catfish to randomly wander into the area. That’s a good way to waste large amounts of time.

Instead of just sitting there like a bump on a log, you should move to a different location at regular intervals. Boat fishermen have the advantage of on-board fish finders, and they can easily travel around the lake until they find a spot where catfish are staying.

A bank fisherman doesn’t get that advantage. Even if you use a fish finder that you cast from your rod, you’ll have a better chance of bringing in a good haul of catfish if you move.

I recommend sitting in one spot for about 15 or 20 minutes. If you don’t get any bites, it’s time to move to another spot. The fish might eventually wander by, but that can take quite a long time.

You can’t just cast your line into the water and pray a fish bites. You have to cast towards areas that catfish like to hangout in.

You’ll want to experiment with your own local fish population to see when they like to eat the most. It’s generally around the time that the bluegill and other bait fish swarm the banks to eat mosquitoes and other insects on the surface.

If you’re having a lot of trouble figuring out where structures and drops are, you can throw a heavy sinker in, and you can learn to understand how the bottom of a lake looks by dragging it back slowly. Pay attention to the way your line reacts. You’ll be able to tell the difference between hidden weeds, gravel bottoms, and sharp rocks by the way your line tightens and releases.

You can catch small channel cats with a basic rod from Wal-Mart. It’s not that hard, and I honestly suggest starting out that way with chicken livers.

However, when you start targeting real catfish, you want to use a rod that can handle the extreme weights of adult catfish. A blue catfish can weigh more than 50 pounds, and flatheads can crush that weight like it’s nothing. If you go after large catfish, I suggest taking a medium/heavy rod or better.

I personally use a heavy rod that can handle 10 ounces of weight, and I like to have a moderate tip on my catfish rod. The slow tip allows the fish to take the bait deep into its mouth, and it’s still sensitive enough for me to tell when I have a bite. However, it requires a harder pull when I go to set the hook.

A lot of beginners stick to catching channel cats and bullheads. If you’re doing that, you can get by just fine with 8-pound mono-filament. Otherwise, you have to step it up a notch.

If you’re going after anything besides the basics, I recommend using 15-30 pound line. That is plenty of strength to handle the majority of catfish that you’ll hook into, and you won’t have to worry about your line breaking too much.

However, it’s important to note that a lot of fishermen like to target large catfish with much lighter equipment. That type of challenge requires you to perfect your fighting technique, and it’s a great way to test your skills. It’s not very practical, though.

I usually like to have a faster tip when I go fishing, but I like a slower tip when I target catfish. This is for a couple of reasons.

Catfish like to play with bait. They don’t typically swallow it right away like bass and other game fish. They peck at bait for a few minutes, and then they swallow it. If you have a fast tip, you’ll end up jumping every time a catfish nibbles at the bait, and you’ll pull the bait right out of its mouth.

With a slower tip, you can wait until the tip really bends towards the water before you jump. That will let you know that the catfish has actually taken the bait. It takes more force for a slower tip to bend in half.

It’s not a common occurrence, but you can sometimes catch catfish on lures like spinbaits. In fact, some professional fishermen have accidentally captured decent catfish during bass tournaments.

If the catfish are particularly feisty, they will come after moving lures. They’re predatory fish. I’ve caught a couple on large spinbaits when I bobbed the bait across the bottom. If you’re feeling desperate, you might want to do the same.

Catfish are bottom feeders for the majority of the time. They are predatory, and they do come after live fish sometimes. They’ll even strike lures sometimes. However, they like to eat on the bottom of the water.

If you make some fresh cut bait, throw the guts and leftovers into the water. The blood and scent will travel quite a bit, and it might pull some catfish in from the depths.

You have to be careful if you decide to use this method. Some areas have bans in place that prevent you from throwing food into the water. It’s a lot like throwing corn into your yard and shooting squirrels when they walk by to grab it. It’s considered cheating, and it takes the sport out of fishing. In fact, most areas keep you from using this method for carp, and it’s one of the most common techniques for catching carp. However, corn and other grains are usually used for carp fishing. It’s the same principle, though.

I have never used any bait that has outperformed fresh chunks of dead fish. It’s also the cheapest type of bait you can use for catfish.

If you buy three dollars worth of meal worms, you can catch dozens of bluegill. Each of those bluegill can be cut into about four or five pieces, and each piece can catch a catfish.

I only recommend using this method in areas that it’s allowed, though. Some bodies of water have rules that prevent you from catching fish for bait purposes, and the game warden won’t be happy if he walks by while you’re slicing up bluegill or shiners.

I also suggest only using your fresh bait in the body of water that you caught it in. Using cut bait from different bodies of water can spread diseases among fish, and you can destroy the ecosystem that you love to fish in. Simply using fish from the same body of water you’re fishing in can save your local fish population.

Catfish tend to be very easy or very hard to catch. It all depends on your tactics and the body of water you’re fishing in.

If you’re lucky, some of these tips will help you catch the monster catfish that professionals chase like rabid dogs.

However, I highly recommend only using tactics that are legal and ethical in your area. Improperly fishing isn’t just a crime, but it’s detrimental to fisheries. If you appreciate fish like any good fisherman does, you’ll only use methods that your local wildlife monitors deem appropriate for the area.