Love them or hate them, but without hatchery raised trout we fishermen would have significantly fewer fishing opportunities at our disposal.

I grew up catching hatchery raised trout, and still enjoy taking my kids and teaching them how to fish for trout by catching these same fish.  But what are the differences between hatchery raised trout and wild trout?  How can you identify each one when you’re out on the water. Keep reading to find out.

There’s no question that wild trout have many more desirable traits that fishermen want compared to hatchery fish.  Some of the main differences between hatchery raised and wild trout are:

How To Identify Hatchery Raised Trout

These fins are clipped while the trout are still juveniles living in the fish hatchery.  Each one is clipped by hand by a hatchery worker.  By clipping this fin, anyone who catches the fish later in its life will immediately be able to know if its a wild trout or a hatchery raised and released trout.

Unfortunately, sometimes a trout will sneak through the hatchery fin clipping process and released into the wild.  Without a clipped adipose fin it’s a lot more difficult to identify a hatchery raised fish.

In these cases, there’s another thing you can look at.  And that is the fish’s pectoral fins.  In some cases, the pectoral fins of hatchery raised trout will be ragged and worn out.  This is a result of the fish swimming and remaining at the bottom of the concrete fish pond at the hatchery.

Over time, these fins rub against the concrete walls and tear them up and wear them down.  While many times fish will recover from this, there are times when these pectoral fins never repair themselves.

So if you catch a trout that still has it’s adipose fin intact, but has very ragged pectoral fins, chances are you have a hatchery raised trout.

Another issue fishermen have with hatchery raised trout is the potential for genetic contamination.  Believe it or not, when hatchery trout breed with wild trout, their offspring tend to be less capable of surviving the same environment.

Hatcheries Are A Necessity

The fact is, if there’s to be a trout fishery, hatcheries have no other choice than to stock streams and lakes that that don’t provide the environment trout need to reproduce naturally.

Keeper sized trout continue to be planted into these streams and lakes to keep up with the high demand there is to catch them. But even as this practice continues, the trend is actually beginning to change.

In recent years, the trend has been changing from planting keeper sized fish to planting younger sized fry or fingerlings. The hope is that these small trout will grow up in the streams they’re planted in and adapt significantly more to the environment than if they grew up in a hatchery.

This new philosophy of introducing hatchery trout at a young age is significantly less expensive and the fish when caught closely resemble their wild trout counterparts.

How Long Do Hatchery Trout Live?

According to this 2018 research study on the survival rate of stocked trout in rivers and streams, less than 60% of the hatchery fish that were stocked survived past the first week. The study also found that a few of the trout that were stocked in the fall survived long enough to be available to anglers the following summer.

How Long Do Wild Trout Live?

According to Streamexplorers.org, “Trout can live for about seven years. Most trout are born, grow up, lay eggs and die in lakes or streams. Some trout, though, become very large migratory fish and travel more in their seven years than some people do in a lifetime.” 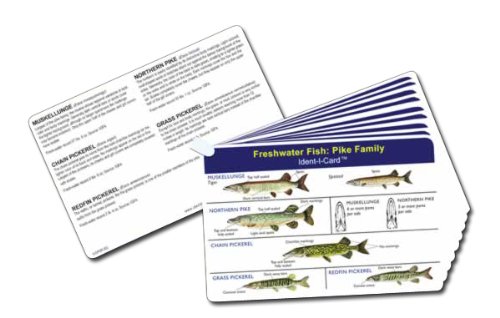